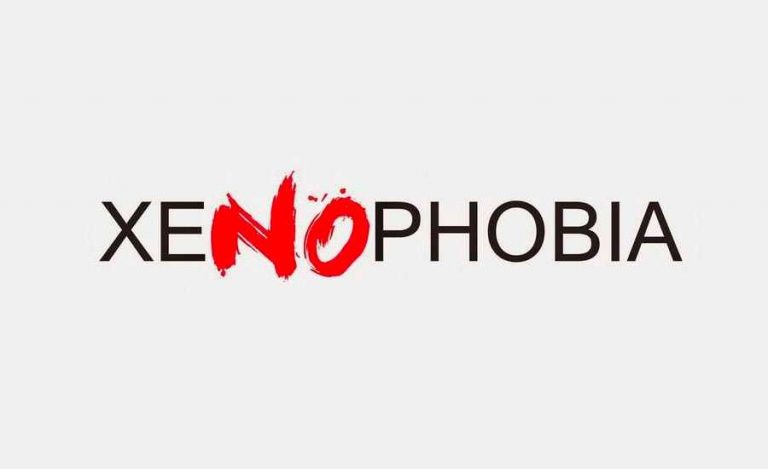 Reports from China concerning the novel coronavirus that has infected over 28,000 people to date, coupled with the climax of a virulent influenza season, have many concerned about the possibility of a pandemic that is facilitated by our increasingly global lifestyle. However, it is vitally important that fear and concern never give way to racism or xenophobia.

Fear-fueled reprisals and backlashes against marginalized groups are an age-old narrative. When faced with a threat from terror, invasion, unknowns, or economic collapse, the information vacuum facilitates panic, leading some people to identify ‘others’ in society as culprits as a means of ameliorating anxiety. Examples are endless, from the scapegoating of Jews in Weimar Germany, to Japanese internment during WWII, and Islamophobia following the attacks of September 11, 2001.

The same causal process operates when we witness the spread of a disease that we don’t understand. For example, Jews and gypsies were accused of spreading the bubonic plague in the Middle Ages, and in the 1980s gay men were ostracized and criminalized in many parts of the US when HIV first emerged as a public health crisis. Currently, people from the Asian diaspora are being mistreated and maligned in this country and elsewhere because of the geographic source of the coronavirus.

In all of these cases, the concerns for public health and safety were legitimate, and in all of these cases misrepresentations of information and sensationalized reactions have been/are being used to justify the targeting of minorities. Short-term there is a risk of spikes in mortality as a result of fear-based, reactionary policies, while long-term these responses destroy community fabric, erode economies, and cause psychological and societal damage which outlast the threat posed by the initial outbreak. In each instance, the fear of biological contamination led to a greater fear of cultural contamination, all of which creates a volatile situation that is more dangerous than the disease itself.

It should be noted that influenza is far more prevalent and lethal than this current and previous coronavirus outbreaks, yet no one blames any specific group or culture for the flu spreading across the world. Instead, influenza is accepted as a product of the typical winter season. For individuals concerned about either virus, we urge you to visit the Winchester Board of Health page, which includes statewide data about the outbreak from the Mass DPH, as well as safety information from the Centers from Disease Control and Prevention.

Winchester Police Chief Peter MacDonnell stated that “throughout the country there have been some incidents where the coronavirus scare and associated media attention have subjected Asian Americans to racist sentiments, and in some cases verbal or physical attacks. The Winchester Police Department wants all members of our community to know that the Police Department is a resource for all people in our community; whenever anyone feels harassed, intimidated or threatened I would urge that person to contact the Police Department at 781-729-1214.”

In addition, we want to highlight this statement by Superintendent of Schools Judy Evans, which was emailed to Winchester families in the school community: “While we understand that facing a new virus makes everyone very concerned, there is no place for distrust, racism, or discrimination in our schools or community.”

As the Network for Social Justice, we work to enhance holistic community well-being by promoting inclusion and confronting stereotypes of all kinds. Accordingly, we not only want to support the community in keeping families safe, but we also call attention to disquieting and troublesome viewpoints that erode the inclusive vision we have for this town, and which we know the majority of our residents share. Our Response and Advocacy Committee is also a resource, you are welcome to contact the Network at 781-729-7100.