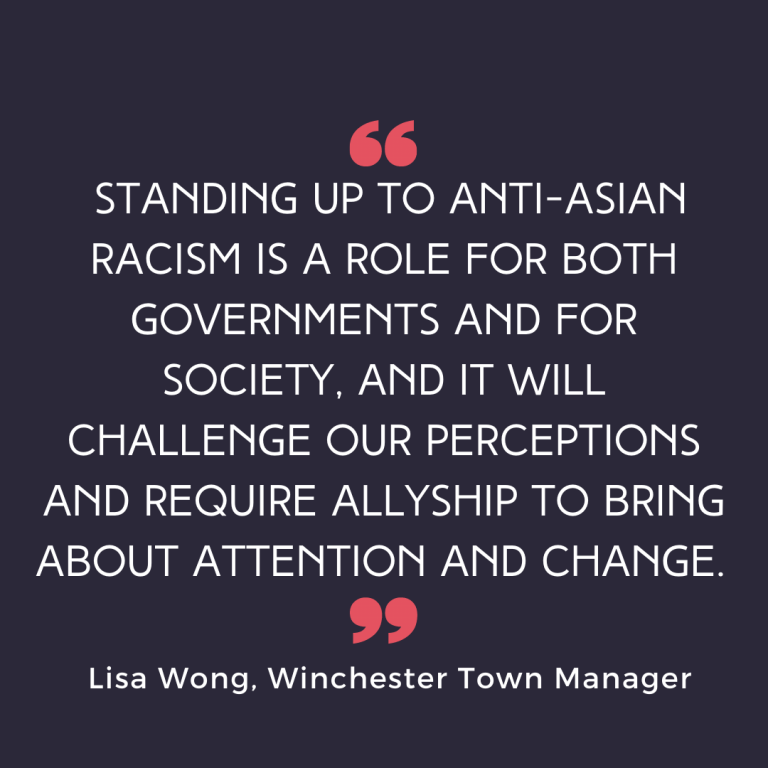 In early February 2020, when COVID was emerging in communities across the country and the world, the Network published this piece against fear-based xenophobia, particularly targeting Asian Americans. In light of a disturbing national rise in violent crimes and hate incidents against Asian Americans, we felt it worth re-running the piece and reiterating its central theme: that fear and concern never give way to racism or xenophobia.

While the harmful rhetoric emanating daily from the White House has ended, long-simmering anti-Asian racism exacerbated by the pandemic remains seeped into the consciousness of some of our family, friends, and neighbors. As noted by Town Manager Lisa Wong, “The Chinese Exclusion Act and the Japanese Internment camps are not widely known about, nor the fact that Asian Americans were victims of the largest lynching in US history. When we don’t fully understand where we come from as a nation, it directly impacts our actions today and sends a negative message to underserved members of society. Vincent Chin’s killers said it wasn’t about race. The alleged suspect in the Atlanta massacre says the same thing. This only feeds into the systematic scapegoating that has resulted in exclusionary and harmful government policies, and lack of justice and action. Standing up to anti-Asian racism is a role for both governments and for society, and it will challenge our perceptions and require allyship to bring about attention and change.”

This past summer, the Town of Winchester, along with over 200 signatories, signed a Joint Statement on Police Brutality and Systemic Racism as part of Winchester pledging to become an anti-racist community. This anti-racist movement cannot grow if it excludes or ignores hate crimes against any group. Anti-Asian discrimination is at the core of this work, and as Jenee Osterheldt wrote in a recent Boston Globe column, “We cannot continue to treat the fight against supremacy as a segregated fight.”

As the Network for Social Justice, we work to enhance holistic community well-being by promoting inclusion and confronting stereotypes of all kinds. Accordingly, we not only want to support the community in keeping families safe, but we also call attention to disquieting and troublesome viewpoints that erode the inclusive vision we have for this town, and which we know the majority of our residents share. Our Response and Advocacy Committee is also a resource; you are welcome to contact the Network at 781-729-7100.