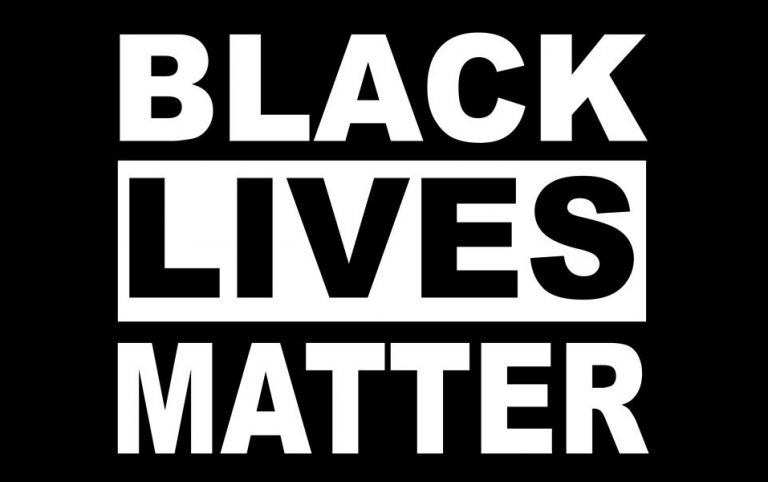 In our ongoing series reflecting on what Black Lives Matter (BLM) means to people who live, work or worship in Winchester, we turn our attention to the perceived disconnect between support for the BLM movement and support for local police. Previous pieces in the series can be found here.

Although the movement around the phrase “Black Lives Matter” arose in direct response to the acquittal of George Zimmerman, a civilian, for the shooting death of Trayvon Martin, BLM has since become associated with protests following the deaths of Black people at the hands of police. The Black Lives Matter Global Network is a decentralized organization whose mission is “to eradicate white supremacy and build local power to intervene in violence inflicted on Black communities by the state and vigilantes.”

While the dominant narrative surrounding BLM remains police and policing, the focus has expanded significantly to address systemic racism, of which police violence is just one manifestation.  In a letter to President-Elect Joe Biden and Vice-President Elect Kamala Harris dated 11/7/20, the Black Lives Matter Global Network urged the incoming administration to establish “a well-thought out, community-driven, fully resourced agenda that addresses the particular challenges faced by Black people [as] a top priority,” an agenda that specifically includes “direction from Black grassroots organizers that have been engaged in this work for decades” and addresses systemic racism. The issue of police violence was not stated explicitly anywhere in this letter.

Regardless of the direction the larger movement has taken, the focus remains the criminal justice system and continues to be mired in controversy around demands to “Defund the Police.” This statement has been criticized by many, including former president Barack Obama, who has referred to it as a “snappy slogan” that is likely to turn off audiences. Most Black activists define defunding as a demand for reallocating some of a police department’s budget to social service and other community-based programs.  However, there are some groups calling for abolishing police amidst doubts that reforms will be robust enough to fully solve the perceived issues and systemic racism embedded in our law enforcement and criminal justice systems.

Many states, including Massachusetts, have proposed police reform legislation to respond to these demands. As of this writing and after months of negotiations, a police reform bill awaits Governor Baker’s signature.  This bill is supported by our local legislators, Senators Pat Jehlen and Jason Lewis and Representative Mike Day, and many social justice advocates. However, the bill has received opposition from police unions, who feel it is too restrictive, and community activists who feel that it is not far reaching enough.

It is not surprising, given the range of opinions and feelings about BLM, that Winchester’s decision to raise a BLM flag on the Town Common this summer was met with both accolades and criticism.  Anecdotally, we have heard sentiments of pride from White and Black residents that the town was willing to make this strong statement of inclusion and anti-racism.  Chief MacDonnell expressed concerns that raising the flag represents “an incomplete narrative. Some of the language and rhetoric associated with it seem to have resulted in an increase in violence directed against police officers.” While FBI data doesn’t directly link police deaths in the line of duty to civil unrest or anti-police rhetoric, there have been spikes in the number of police officers killed in the line of duty following recent periods of civil unrest and in 2011 in the wake of the Occupy Wall Street protests.

After the flag was raised, the Chief stated that the Department received “a lot of support from members of the Winchester community. More people are writing letters – telling (us) ‘You guys do matter – we appreciate you’ and ‘What is happening isn’t fair.’” This dynamic is not unique to Winchester. Many media outlets, including The Globe, have reported on the widening gulf as “Black Lives Matter versus Blue Lives Matter.”

We at the Network do not believe that one should have to choose between allegiance to BLM or local police departments.  As former Suffolk County Sheriff and former MA Secretary of Public Safety Andrea Cabral noted in an 11/2/20 Globe article, “Supporting police and supporting good policing shouldn’t be two separate things.”

It is important for our community to come together to acknowledge and explore these differences. We are advancing this conversation in the hope that within our differences there is also common ground. As a start, we hope this series is highlighting the wide range of perspectives and understandings of the differential impacts our words and actions can have around this debate.