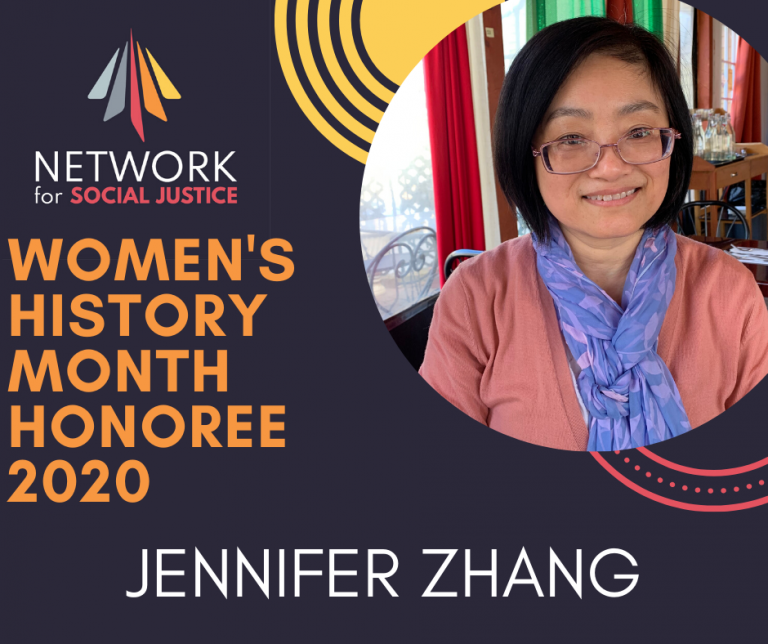 Jennifer Zhang arrived in the US from China in 1990. At the time, her father was a visiting professor at MIT and Harvard, and Zhang was about to start college herself. Worried about her safety as a student activist, her father brought her to the Boston area to attend Wentworth Institute of Technology.  Soon after, her father returned to China and Zhang stayed behind on her own, working to pay for rent and food, biking to school to save money, and studying hard.  She graduated with honors.

This tenacity has served Zhang well. In 2004 she and some friends agreed that they wanted their children to learn and/or maintain their Chinese language and get to know the culture of their Chinese parents. With no program in existence, Zhang—along with Annie Wang and Lian Yu—worked over one summer to create the Winchester School of Chinese Culture (WSCC).

There were many challenges to starting the school: finding a location, identifying qualified teachers, creating a curriculum, not to mention that none of the women was an educator or knew anything about starting a school. Nevertheless, they persisted and for many years held classes on Sunday mornings at Muraco School.  It wasn’t long, however, before enrollment outgrew their space at Muraco and they moved to the Lynch School.

Once the school was up and running, parents began to request an after-school program that would reinforce the learnings from the Sunday morning school program. So, Zhang got to work, and in 2008 established the first after-school program at the Unitarian Church. It was no small task, involving a licensing process and details that might have overwhelmed a less dedicated individual.

The program serves not only the children of Chinese parents, but also adopted children of Chinese heritage and others who want to learn about the language and culture. Thanks to an enrollment explosion there are now after-school programs in two additional churches.

Zhang’s enthusiasm and energy explain how she manages to give countless hours to the school while holding down a full-time job as a financial analyst. While she did take a few years off after launching WSCC, she now serves as Assistant Principal and is deeply involved even though her children are grown.

Although she lives in Andover, Zhang has strong ties to the Winchester community.  Many know her as the face of WSCC and are aware that she has a strong hand in the annual Chinese New Year’s celebration held at Winchester High School.  Others know that she is one of the “go to” persons for information and connection to the Chinese community.  Helping to serve all ages in Winchester, she arranged for monthly cooking classes at the Jenks Center and someone to teach English to Chinese seniors who participate in activities there.

Asked what woman has inspired her most, Zhang told of three young women who spoke up during the Cultural Revolution in China—women who stood up against communism and were executed. “They were brave souls who stood up for what they believed in,” she said.